Daughter Thai Kitchen & Bar, the new Thai restaurant from the owner of Citizen Thai in Golden, has opened in the new Riverview building in LoHi, bringing an elegant new dining option to an upscale address in the rapidly-developing area between the Platte River and Interstate 25.

Owner Ounjit Hardacre told Eater that Daughter is her attempt to bring the type of boutique Thai restaurant she says is common in her old home of San Francisco to the Mile High City. For her, that meant focusing not only on the food but also on creating a well-decorated space that would provide an inviting place to spend a leisurely lunch or dinner in.

“I want people to walk in here and remember my place,” Hardacre said. “You have to have something iconic. Food is important but decorations you remember.”

In the case of Daughter, that iconic something is a set of large red and gold lanterns that weigh around 80 pounds and are meant to look like the large bells that are rung in temples throughout Thailand. Those lanterns, Hardacre said, are the centerpiece of the restaurant’s design, which combines a prevailing simplicity with elegant flourishes like white curtains and its red bar.

Then there’s the mural from a local artist depicting the silhouette of a dancing woman and a Thai temple set against a sunset, which takes up one wall in the dining room. Hardacre said she chose to have the woman’s silhouette in the mural because the restaurant had to “have a daughter in it.” She chose that name for the restaurant because she and her husband always wanted to have a daughter but never had one.

“This restaurant is our daughter now,” Hardacre said.

Hardacre’s focus on decoration extends to Daughter’s take on flavorful Thai cuisine. Dishes such as the Kang Ped Duck and Pad Thai Gong are beautifully presented, with the latter’s jumbo prawns being complimented by a purple orchid. So too are the richly colored and properly garnished cocktails.

Here is a closer look at the stylish new spot. 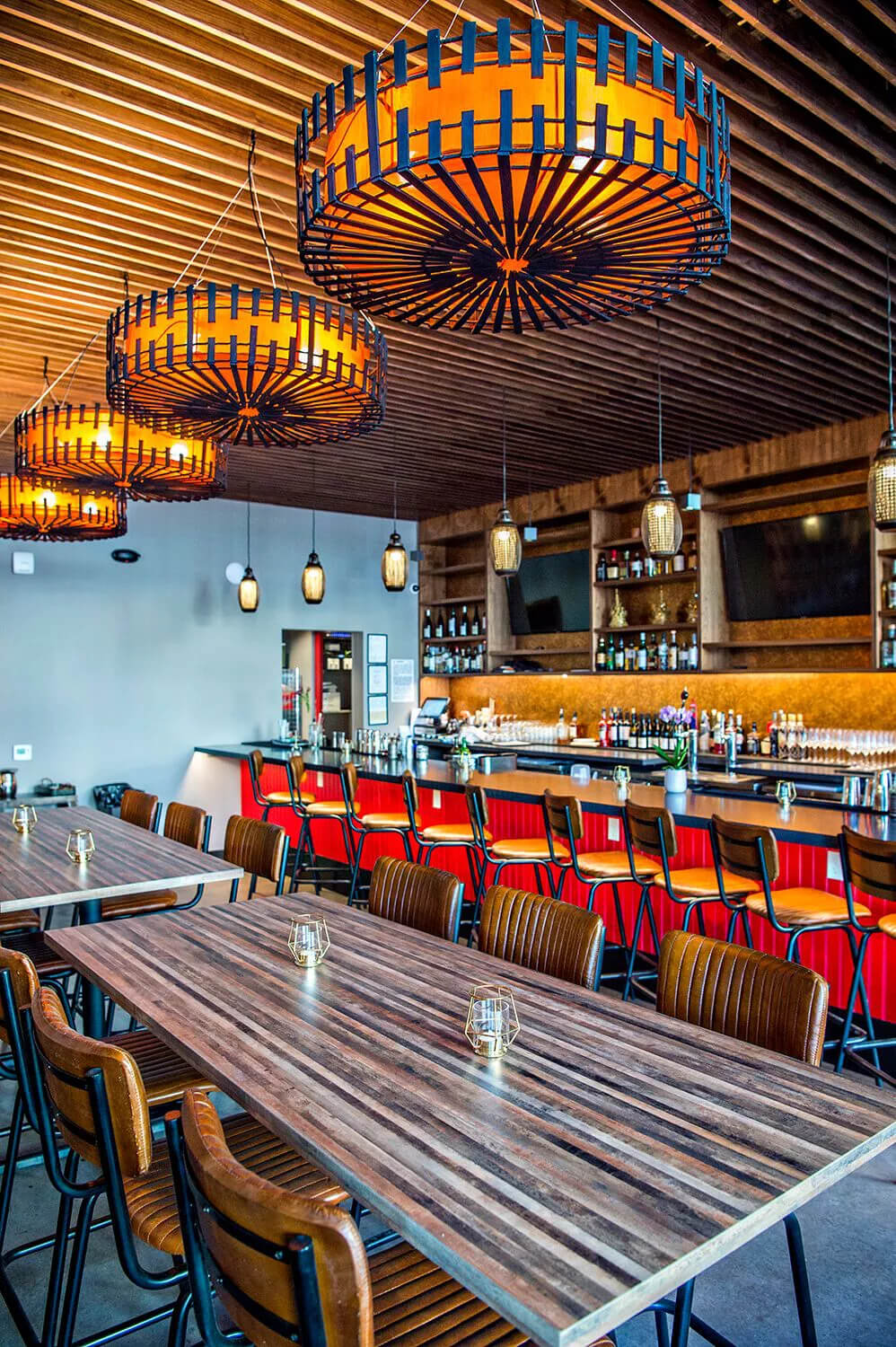 The 5 Dilemmas but a Kratury Isn’t One cocktail with Pisco, mezcal, lemon, Thai chili, orange, vanilla and aquafaba | Jonathan Phillips/Eater The One with the Bubbles cocktail made with Japanese whiskey, Aperol, strawberry, lime, sparkling wine and Thai basil | Jonathan Phillips/Eater These nine spots opened within the past year—and we can’t get enough of them.BY DENISE MICKELSEN, PATRICIA KAOWTHUMRONG •  SEPTEMBER 29, 2020 TABLE OF CONTENTS Daughter Thai Kitchen & Daughter Thai in the highlands serves creative dishes that are worth a special trip. Catch a show with a great burger and drinks at Broadway Daughter Thai Kitchen & Bar 1700 Platte Street 720-667-4652 daughterthaikitchenandbar.com Thai came to one of Denver’s fastest-changing restaurant neighborhoods this past summer as the owners